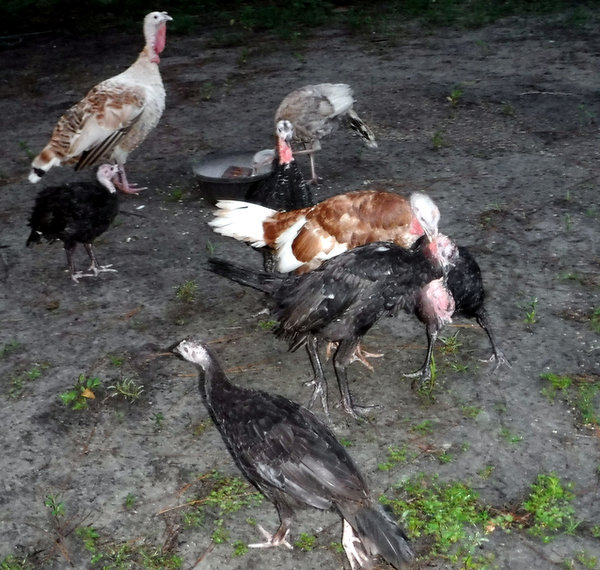 It's funny, as reference for this page, I did a google search for teenage problems in humans. Surprisingly there is a lot of information about problem teenagers. Who would have guessed that?

While the turkey teen is not focused on piercings or cell phones; problems with the feathered teenagers are similar to those as young humans-as they grow into adults and struggle to find their place in the world or flock. 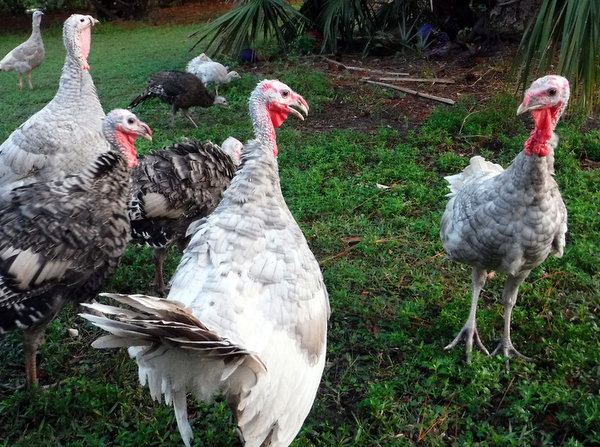 The crimson face indicates that they are males, however as teens, their snoods are still not any larger than a hen turkey snood.

Teenage turkeys like people are concerned with their social status, as is the two jakes in the above photo.

They showed this concern by puffing up, throwing out a few verbal turkey growls and turning red. (I actually remember when my kids went through this phase) 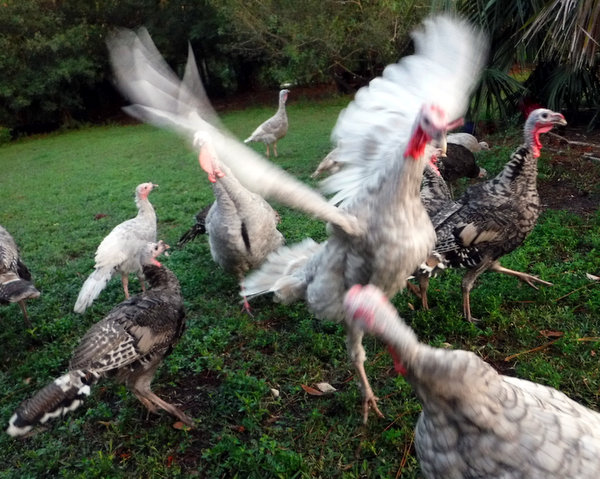 The other teens are excited, but know they cannot yet jump into the rumble. 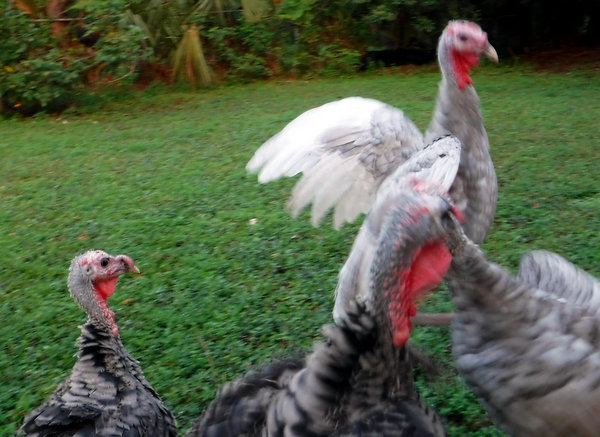 Lesser teens, not ready for battle are scared away with light wing punches.

"Get out of my way" (translation to Saxon English) so the combatants can focus on the real threats to their leadership and status. 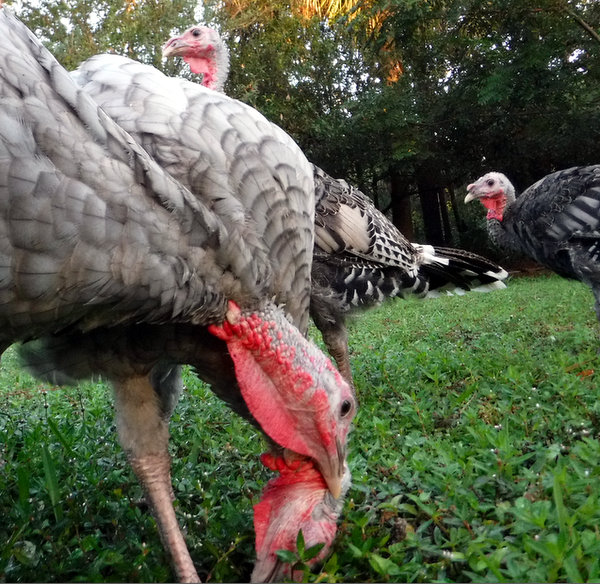 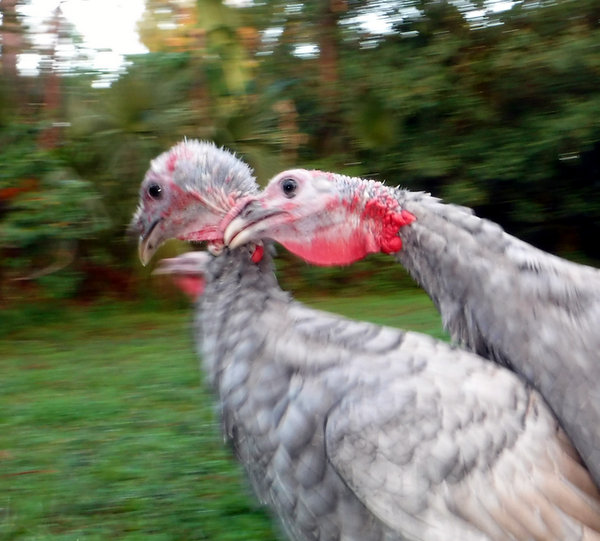 Teenage intensity of the winning bird 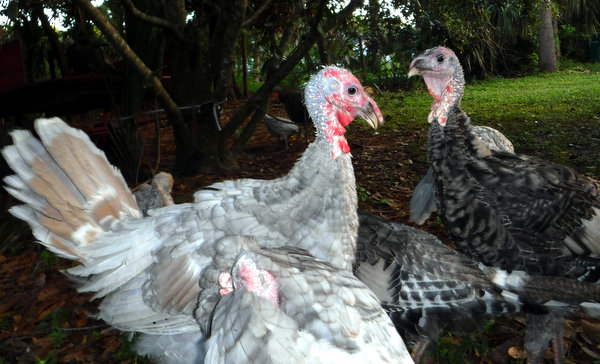 "You talking to me?" 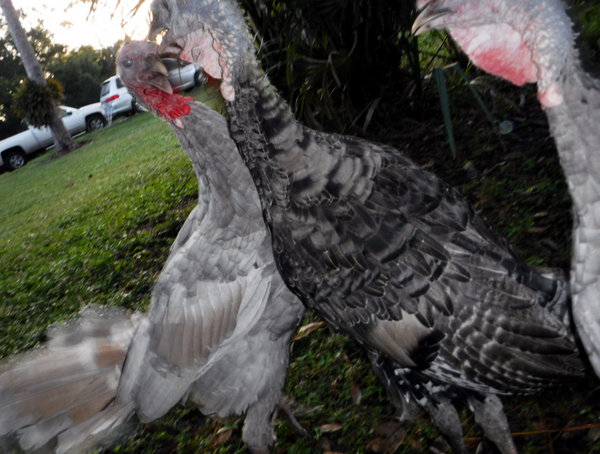 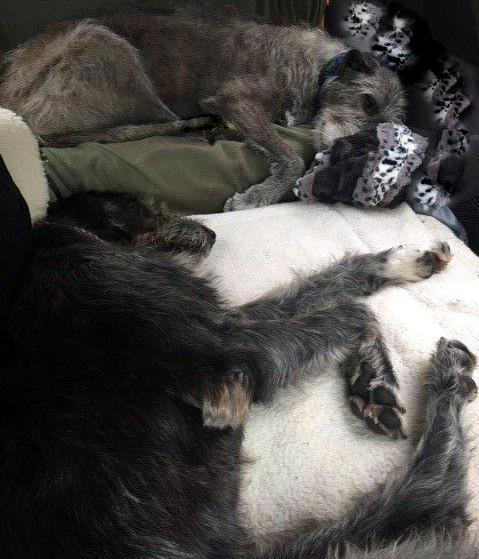 While the Wolfhounds guard the rest of the turkey flock 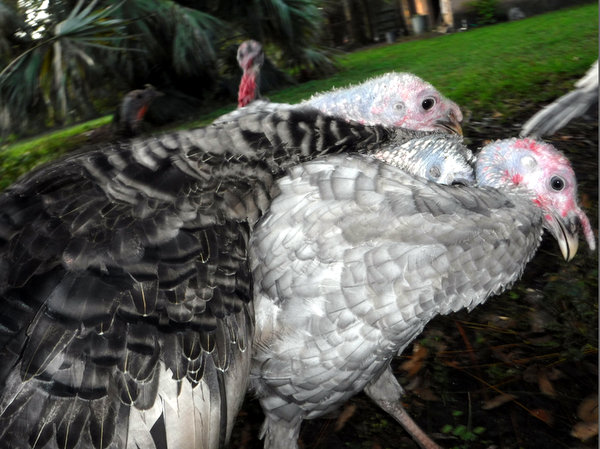 Back at the teenage rumble, three young jakes are now involved.

Fight fever is catching on! (Yep, I've caught the primate version a time or two) 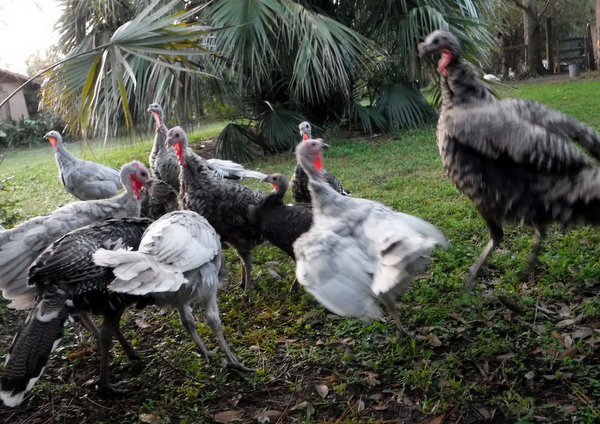 Fight fever (riot) catches on until this little hen decides to challenge her mother.

Nothing makes a turkey hen madder than a little teenager challenging her. This lasted about as long as it took for me to click a picture. 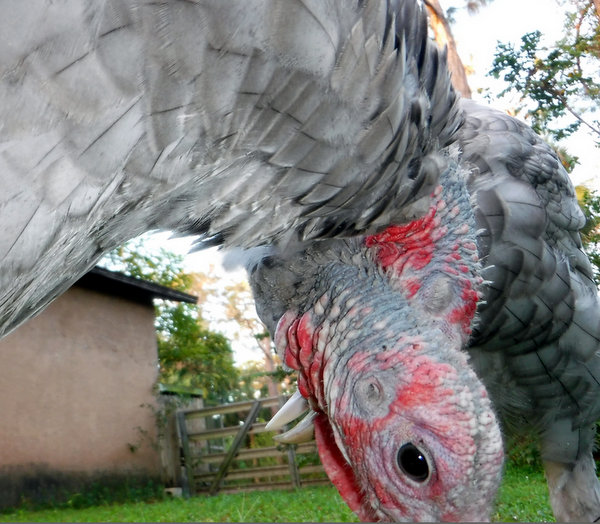 And then they were all wore out. Too tired to do anything but neck grips. Fight Over. 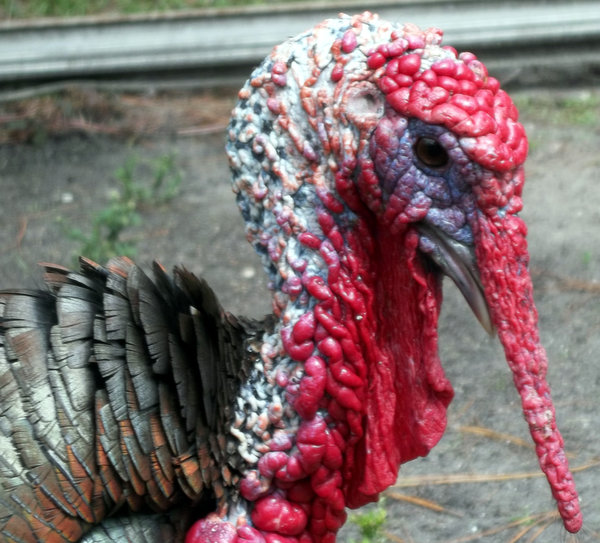