My three books uses turkeys as part of the story.
Native American iconography, behavior, feathers and food (everyone loves turkeys) and includes turkeys as pets for the early settlers of Florida. 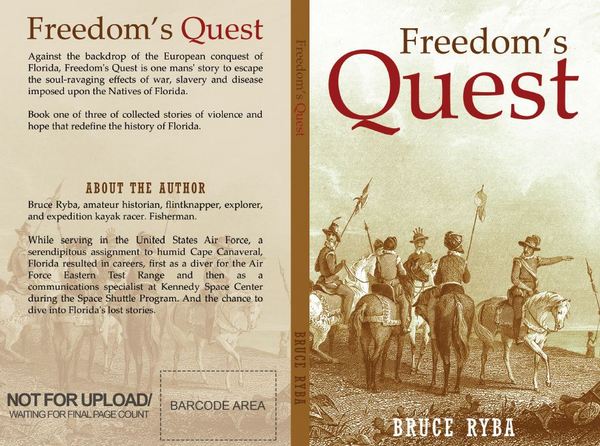 Amazon link: to Book One of FREEDOM'S QUEST trilogy.

The link is for the paperback book --and I am trying to add the Kindle link.

Book One FREEDOM'S QUEST is on Amazon.

I was delayed when the publishers told me I had to split the story into three manuscripts.

Luis Castillo, the emotionally distraught Captain of the scouts leads his team through a land ravaged by war and disease. A quest that eventually leads him to the Indian River Lagoon south of Cape Canaveral and the town of Ulumay inhabited by the Native Americans known as Ais. 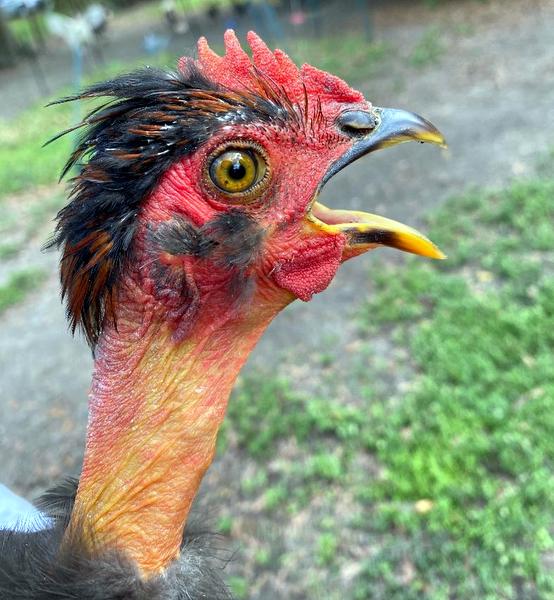 Perhaps that was a poor choice; however, I kept the rude language because when I was in the armed forces, we often spoke similar words. It wasn't pretty. Perhaps it was a lack of manners. But it is how we talked. And I suspect that anytime someone is under a great deal of stress, the cruder the language.

The violence? Freedoms Quest is a collection of sometimes violent stories and stories of hope that redefine the lost history of Florida.

The subject matter was not complicated. I have always been an avid history buff, as reflected in my two (so far) websites. 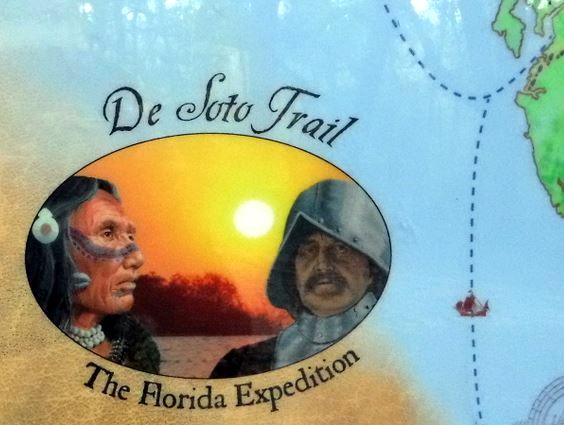 Art (above) by the State of Florida at Ichetucknee Springs 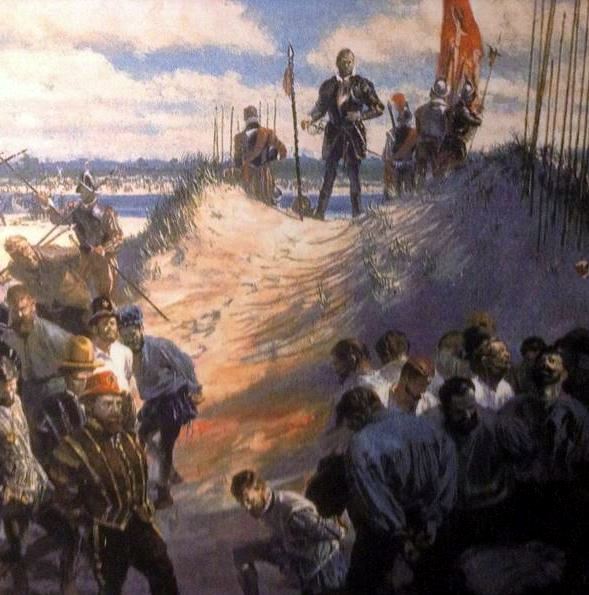 The massacre of prisoners at Matanzas Inlet.

September 29, 1565, Menéndez orders the execution of the Huguenots.

Painting credit: Unknown. I took the picture in the Jacksonville Museum.

Against the backdrop of Florida's violent past, the Freedom's Quest series is a panoramic vision that follows the history of three families as conquistadors, slaves, Native Americans and soldiers. Stories of violence and hope that redefine the lost history of Florida and the desperate struggle against the incursions across the northern frontier.

While the characters are purely fictional, the storied facts and events told in the stories are true.

My goal was to capture how people may have responded to these events and tell their stories in a manner altogether different than how history has been taught. 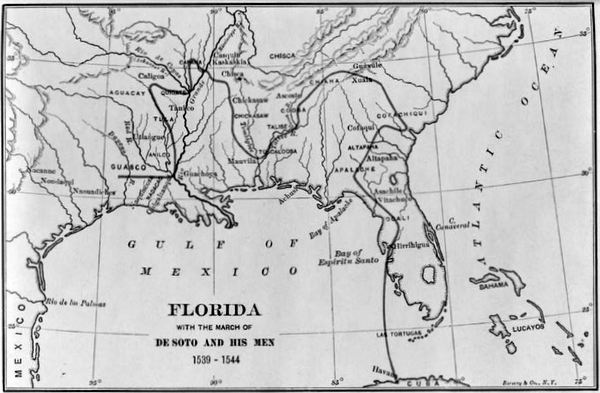 Book One
Hernando De Soto's rampage across southeastern North America was recorded in the Journal of Elvas. Soto's use of 500 chained native Americans to carry baggage was planned and evil.

Diseases swept the New World, often destroying entire communities of the Native Americans of the Mississippian culture before ever coming into actual contact with a live European.

At Matanzas inlet on the east coast of Florida, the Spanish murdered their French prisoners of war.

Book Two
The King of Spain offered freedom to English slaves who would flee to Spanish Florida and swear service to the King.

The wreck of the treasure "Plate" fleet on the Florida east coast was the most significant sinking of gold and silver in history.

Book Three
The American incursions into Florida culminated in events such as the explosion of the Negro Fort on the Apalachicola River & the death of 300 men, women, and children by an American gunship.

The destruction of the African community of Angola by Native Americans from the north, resulted in both Africans and Seminoles fleeing to the Bahamas.

My apology at how I used the Native American names for clans and tribes.

For the sake of simplicity, I kept to the standard history book Anglicized names of the indigenous peoples, with a complete understanding these names were seldom, if it all, how native peoples actually referred to themselves or their tribal affiliations.

And the references to the origins of the Seminole Nations of Florida or Oklahoma are purely conjectured with no intention of conveying any facts.

The stories do intend to convey the incredible blending of cultures in the new world of the Americas. At least for those who would survive the experiment.

I made a separate page for the "World building of lost Florida" trips, mostly a photographic journey through areas of Florida. Call me a modern day William Bartram.

While serving in the United States Air Force, a serendipitous assignment to humid Cape Canaveral, Florida resulted in careers, first as a diver for the Air Force Eastern Test Range and then as a communications specialist at Kennedy Space Center during the Space Shuttle Program.
And the chance to dive into Florida's lost stories. 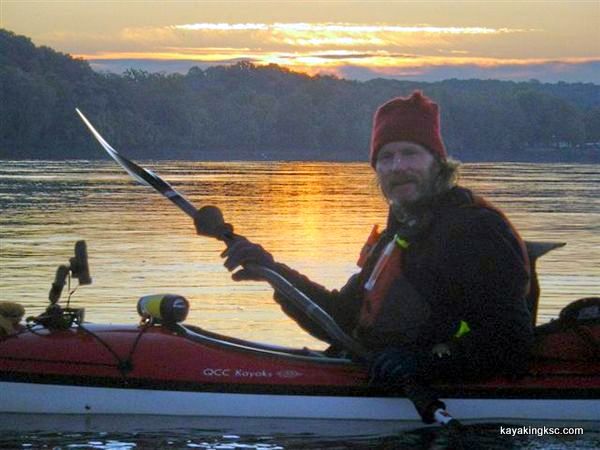 Dawn on the Missouri River

All characters in Freedom's Quest are the product of my imagination and any resemblance to actual persons, living or dead, is purely coincidental.