Can Turkeys Fly?
I am still surprised at the internet stories that explain with authority that turkeys cannot fly-- Could the internet be wrong?
-Yes 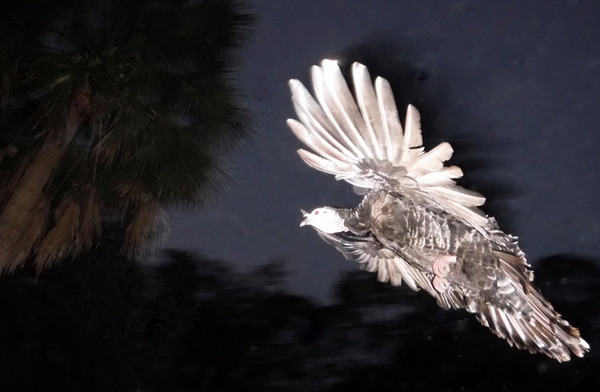 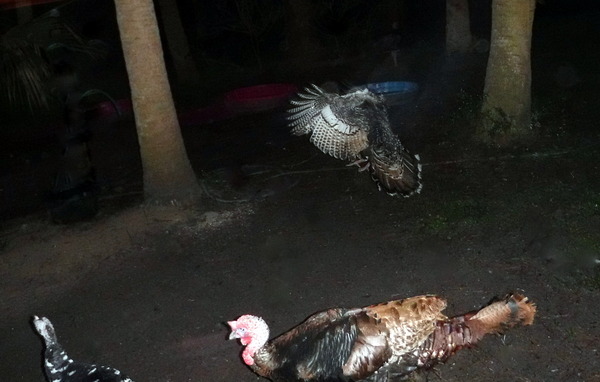 Turkey Hen flying down from her roost at dawn

I suppose that some web writers or bloggers write about turkeys without ever having seen a bird except internet videos or simply repeat information that is already disseminated.

However Heritage Turkeys, like their wild ancestors are excellent fliers when the situation demands it. 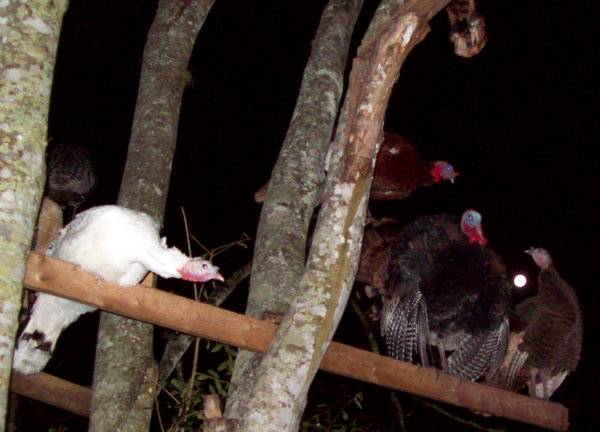 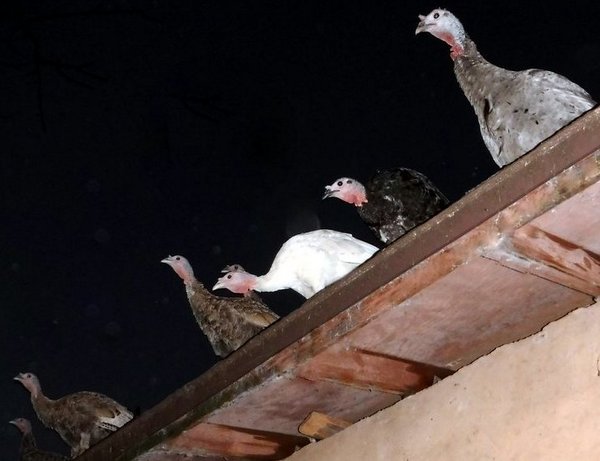 Turkeys on the roof (not sure why) 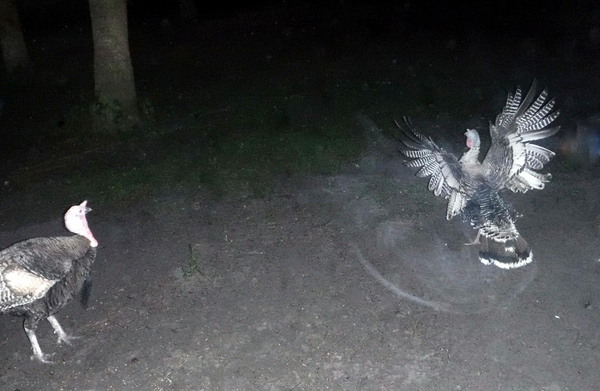 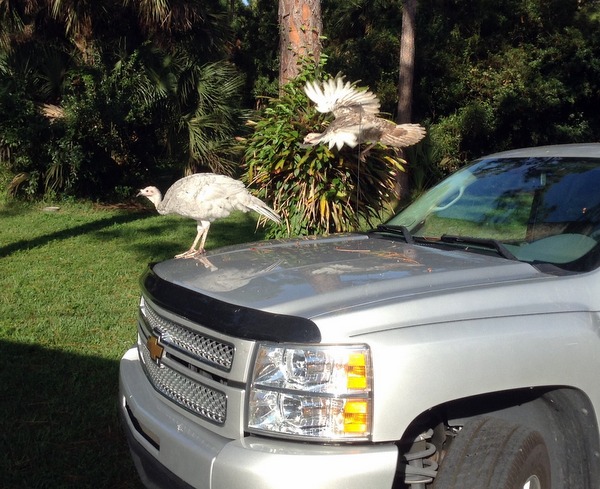 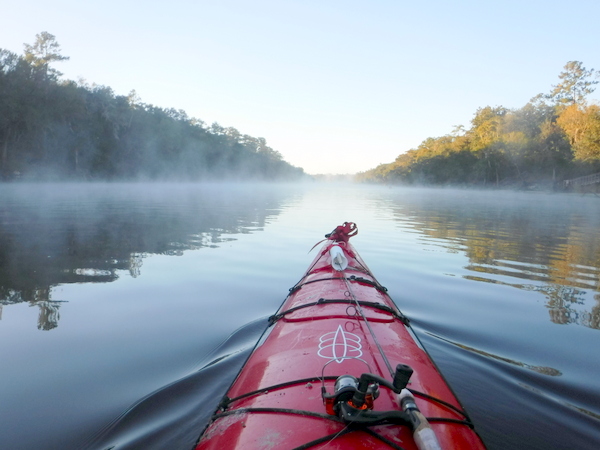 My wife and I paddled down the fast flowing Suwanee River during a five day adventure hosted by “Paddle Florida”. On the second morning of the trip the other paddlers including my wife had gone ahead, leaving the majestic river and its glorious silence all to myself while I fished. I was working the east bank, tossing a rubber worm into cypress finger roots attempting to catch the elusive Suwanee River Bass-renowned for its fighting skills and tenacity when I spooked a wild turkey that had been roosting in a river edge cypress tree.

The wild turkey- an Osceola to be exact, flew clear across the river, which was over two-hundred feet in width at the point where I sat in my kayak. I was at once pleased at the sight and in admiration of the muscle power required to carry the bird across the dark water. “Cool” I said to no one.

But the bird in its splendid flight reminded me of all the people who have showed up at the house, and in a surprised tone, said, “Turkeys can fly?” As most people, unless they are hunters or have had turkeys, have only been exposed to the white Broad breasted birds on their television screen.

Reading about these people dropping wild turkeys from airplanes. ??

Article states some of the birds died upon impact?.....oh I forgot, "food animals" have no rights... However I would hope their would be some law? 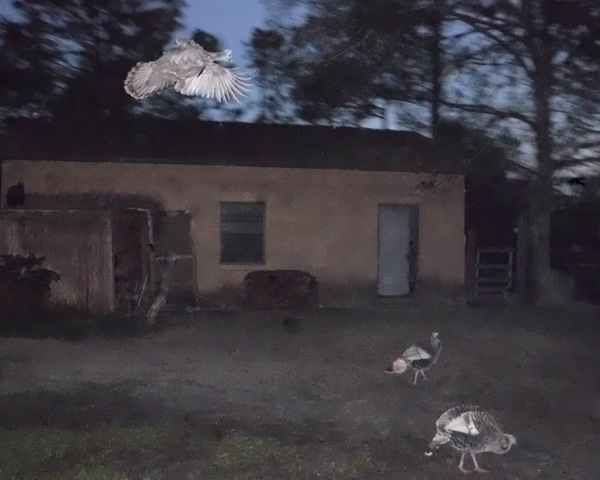 Turkey Hen flying down from her roost at dawn 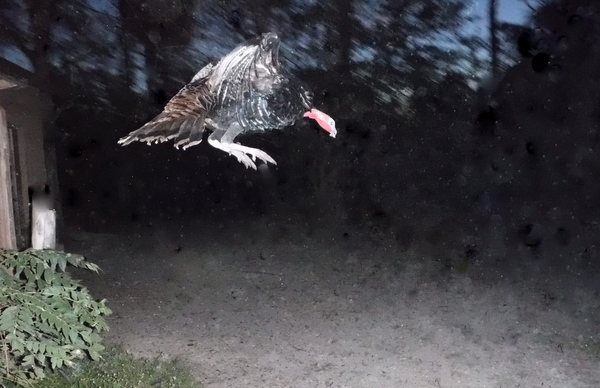 I hope I answered that question! 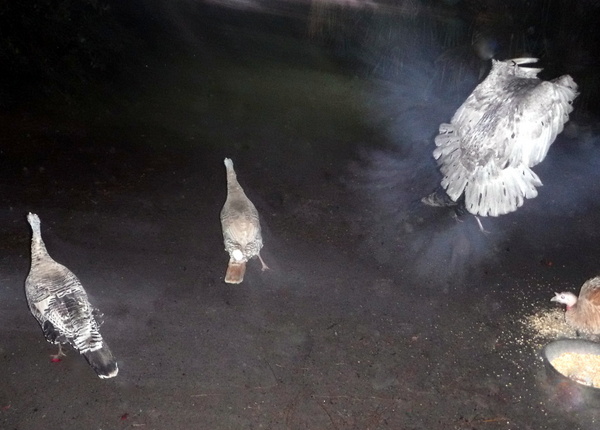