Wild  have invaded our yard! A flock of over one hundred very noisy, very boisterous ducks! They settle in the pine trees! Then very gently, very slowly land in our yard. When every they fight--they fight in the air about shoulder height off of the ground. 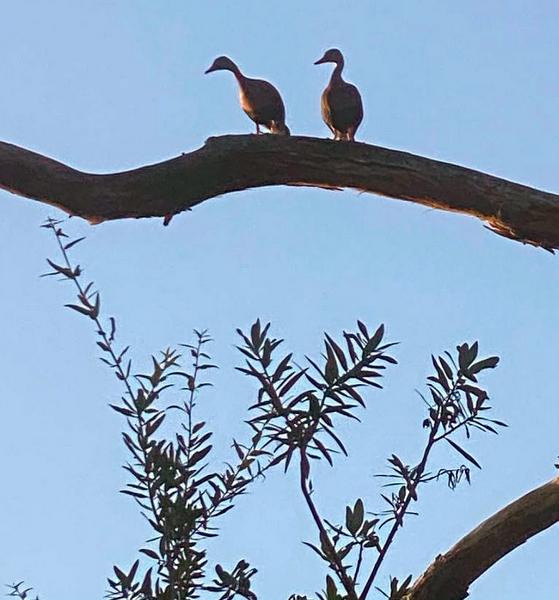 People visit and are stunned at the wild ducks. What the heck?

My neighbors children thought they were hearing giant bats! (Not the endangered Indiana Bat on my other web page) but duck-sized bats! 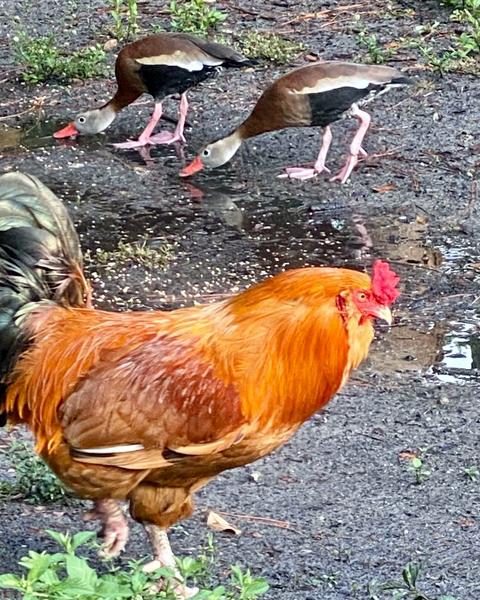 These "Tree Ducks" as in the photo with the rescue rooster, have pink feet webbed feet, pink bills, white patches on their wings, only seen in flight and squeal-whistle pretty much non stop. 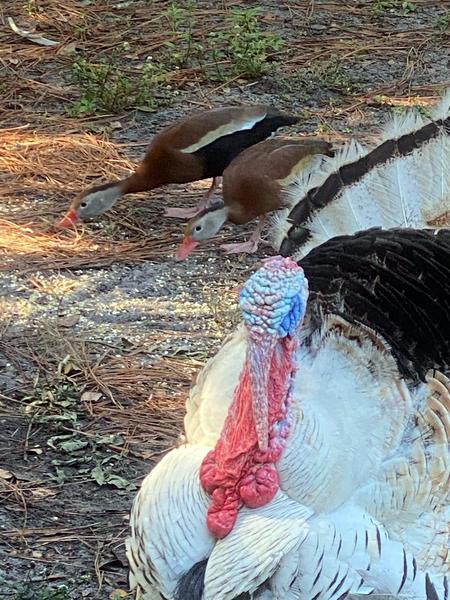 The internet says the tree ducks are very monogamous, unlike the turkey puffing up for the hens. 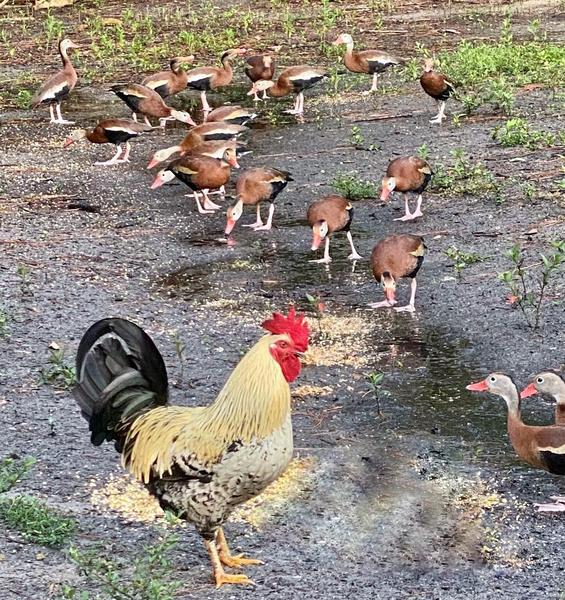 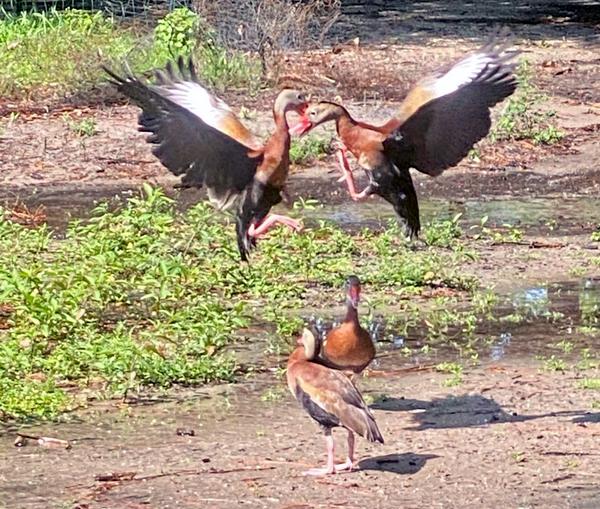 Not like turkeys or roosters. The tree ducks jump up for brief aerial battles

For years, I have been hearing the Black bellied Whistling Ducks fly overhead squeaking like giant bats and always just after sunset.

I 'assumed' wrongly the whistlers were flying to a night perch. The internet corrected me. The ducks were leaving their perches to feed. They are nocturnal feeders except at our yard when they appear the hour before the sun sets. 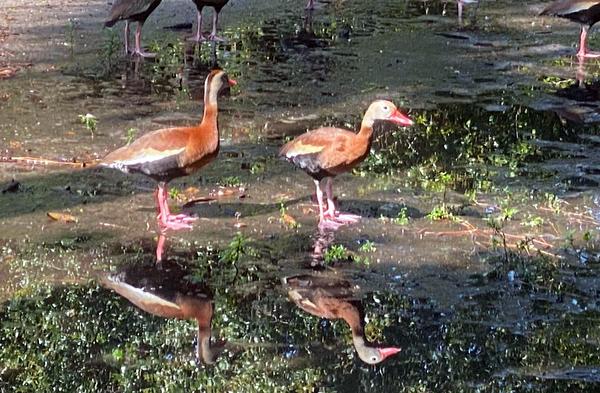 Two Black bellied Whistling Ducks appeared in the yard late last summer. In a few weeks the number had grown to a dozen and then they all disappeared last autumn.

They returned around the beginning of May as a flock of over 100 birds.

They show very little fear of us, none for the turkeys and rooster. The internet states they are 'quite tame even wild'.

And their behavior is unlike the wild mallards on the St. Johns River or the winter teal at the space center-those wild ducks take flight in panic at the first sign of people. 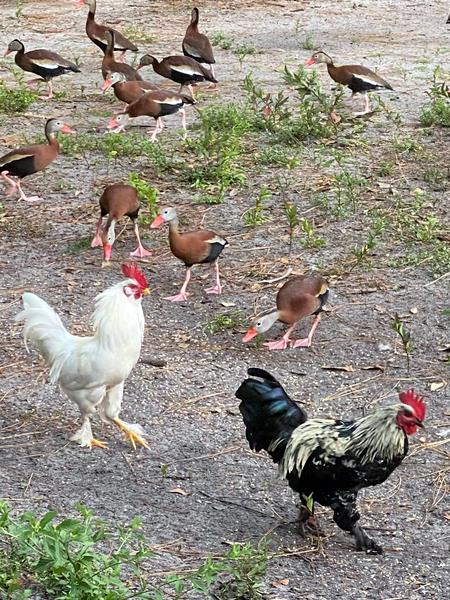 It is funny to watch the roosters around the ducks.

The roosters are just hoping or dreaming the ducks will show some sign, that they are really squeaky chicken hens.....Even some courtship wing dancing.... 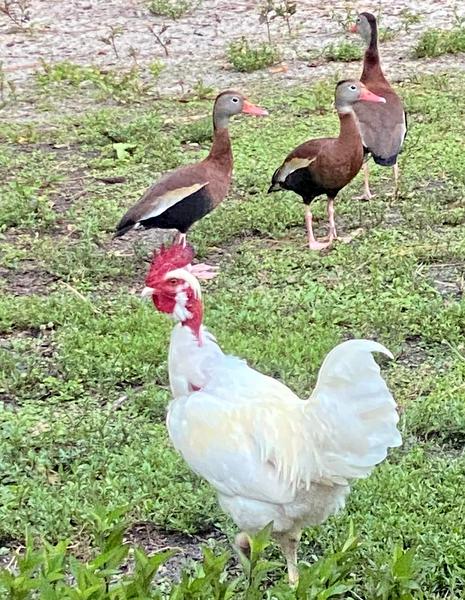 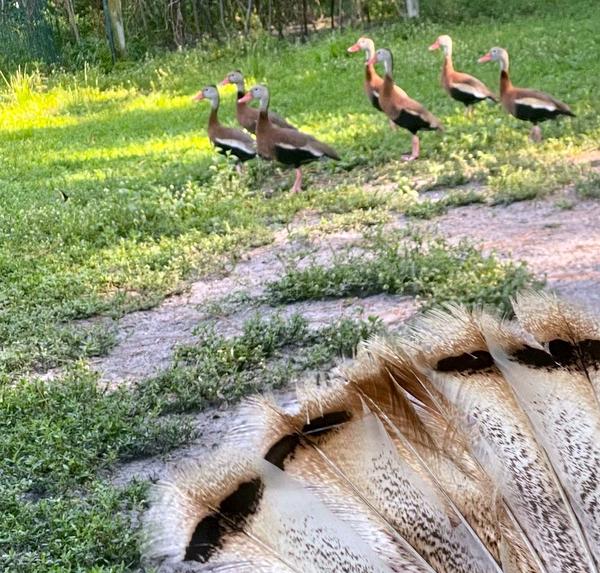 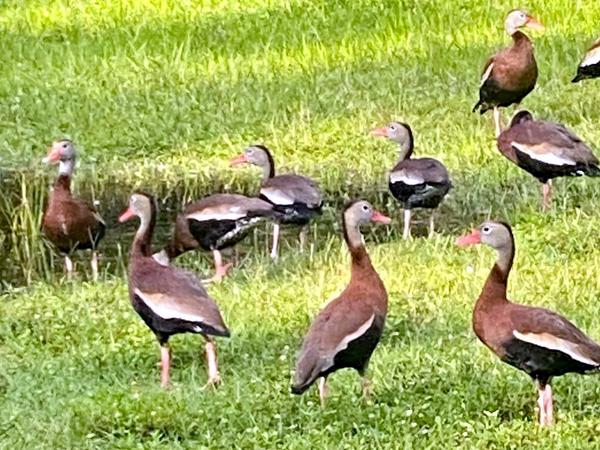 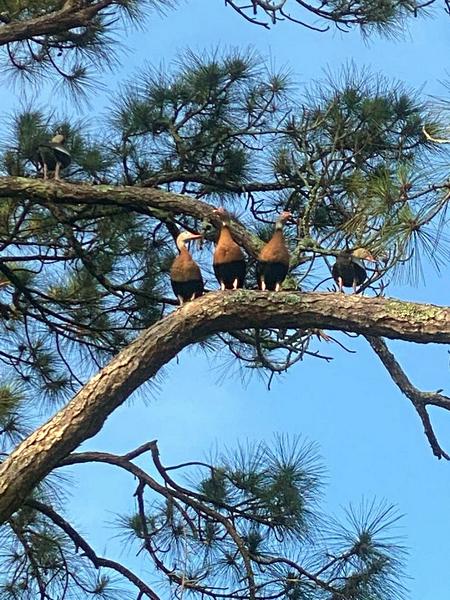 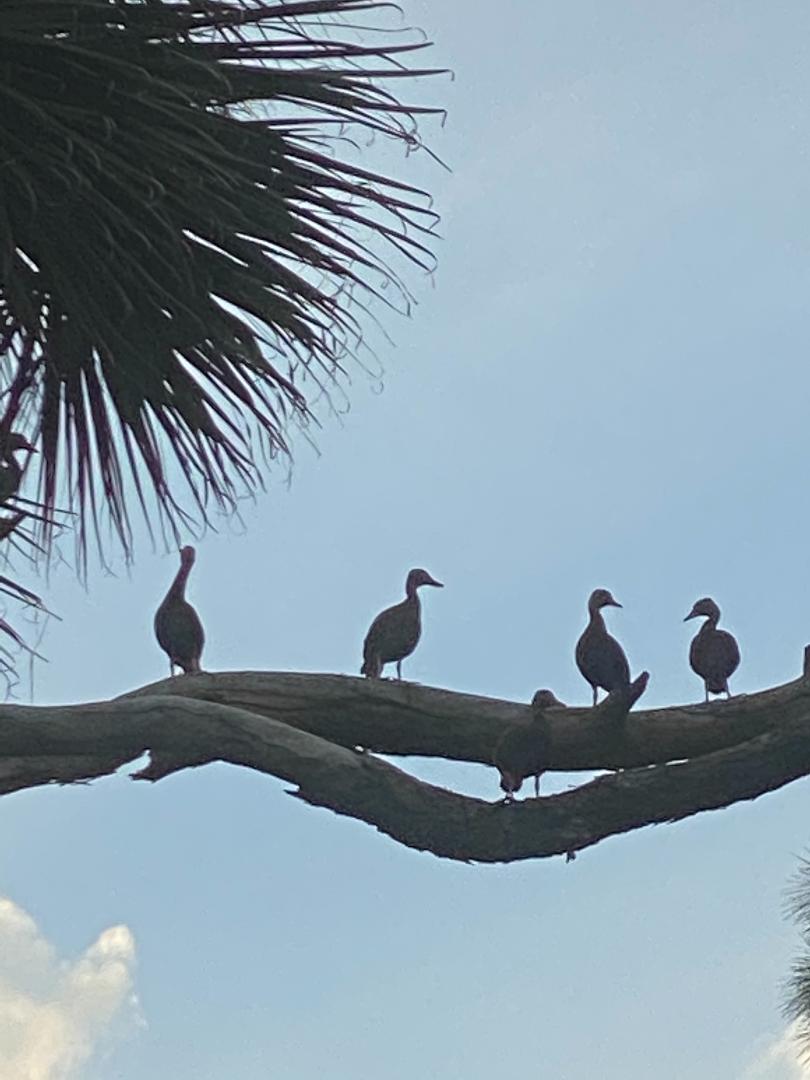 Next year 200 ducks? The internet says their population is growing and range expanding.

Thinking about making some nest boxes..... 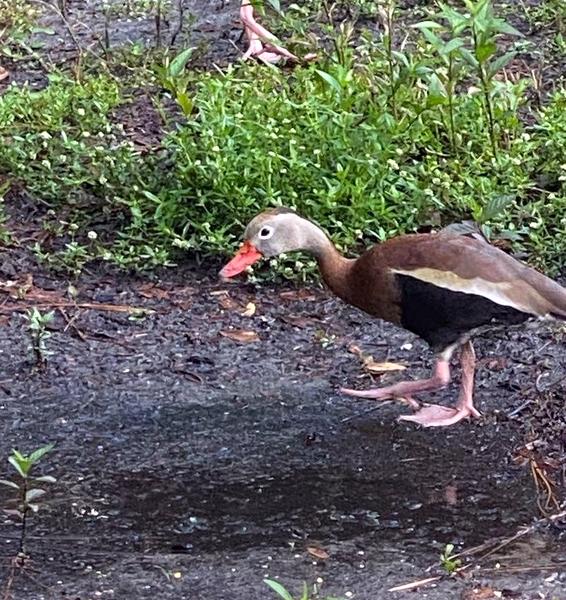