About us and an unexpected love of pet turkeys

Have to admit my wife and I have an addiction to turkeys….

Did not really start out that way but there were hints: For example me taking up turkey hunting but eventually leaving the shotgun at home-enjoying the stalking, the cool spring forests and the ability to call in a huge bearded Gobbler charging my location at run….

I grew up in east-central Missouri, my father a Ferrier (Horse shoer) and black smith. My mother, owner operator of a horse boarding stables.

Horses, dogs, cats, ducks-even a pet raccoon and pet crow part of my childhood. Deer, turkeys and Canada Geese were our neighbors.

Being from a “Horse” family I was entering horseshows almost as soon as I could walk.

My wife growing up 'back-east' was living similar life, growing up with horses and entering horse shows.

My family's Horse Boarding Stables in eastern Missouri. Stonebridge Stables (Link navigates away from this site) 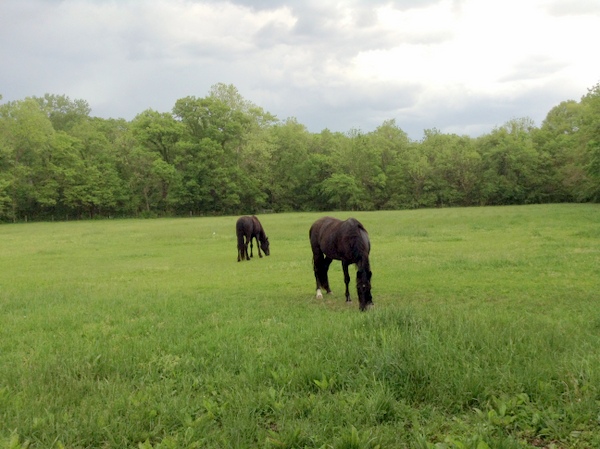 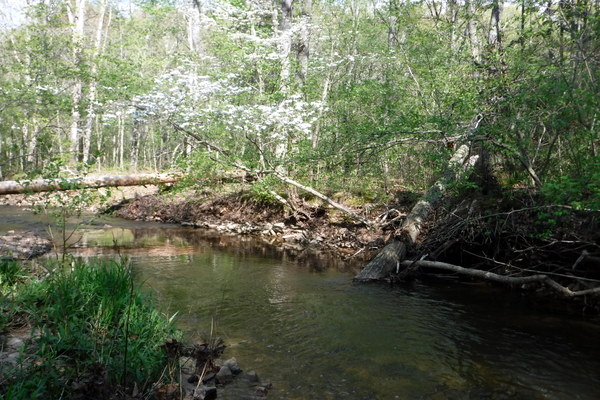 (link navigates away from the turkey page)

Despite being raised in the horseback world: I very quickly learned that being on horseback restricted me from those areas I was drawn to-exploring the Ozark stream beds, springs, caves and the high steep wooded hills in search of wildlife. Snakes, beavers, deer, Canada Geese, wood ducks and even the elusive turkey-basically whatever I could stalk and watch- I did.

Great horned owls and red tailed hawks were fascinating to watch-unknown to me, they were almost the only large birds besides turkeys to have escaped the DDT die off of the 1960’s (Missouri birds have since made a surprising comeback and Ospreys, Eagles, Turkeys and Great Blue Herons are common once again)

Of course I could never escape the chores of growing up with horses, but my interest in the horse world waned as hiking took preeminence.

And coming of age in Missouri meant hunting.

Every fall the age old chase for whitetail deer and in the spring Wild Turkeys. Although as mentioned I eventually left the gun at home, replaced with binoculars and camera. 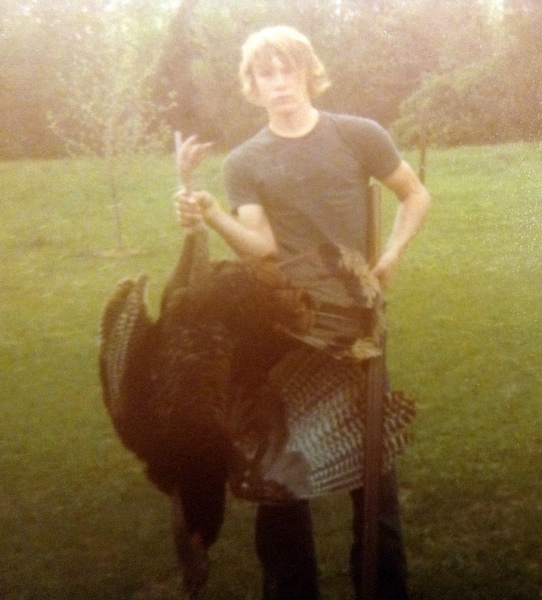 A few months before joining the USAF: Spring gobbler season in Missouri

(have not seen that hairline since)

Then I joined the United States Air Force and after the technical school was soon in a whirlwind of exotic lands (to me anyway- I had never even seen the ocean before joining the USAF) places like the space coast of Florida and the everglades, Ascension Island, the Lesser Antilles and Bahamas, the deserts of California and Nevada

When joining the Air Force I had requested to be stationed in Alaska-the last great American wilderness.

The United States Air Force in all its infinite wisdom sent me to Florida, humid, hurricane harassed Florida.

Stationed at Patrick Air Force Base, assigned to work at Cape Canaveral Air Force Station-home to giant alligators and even larger rockets. It was not Alaska, however the rockets and gators were mesmerizing. And the Florida birds…..So many! And the Florida bikinis......So many!

From Ascension Island I was sent to the high deserts of Nevada-wild horses would run and bombers would fly between the mountains below us. A long way from the wooded Ozarks.

At the edge of a California dry lake bed, along with 200,000 spectators watching the Space Shuttle Enterprise release from the back of a jet and glide to the lake bed-the first solo test. Exciting time. 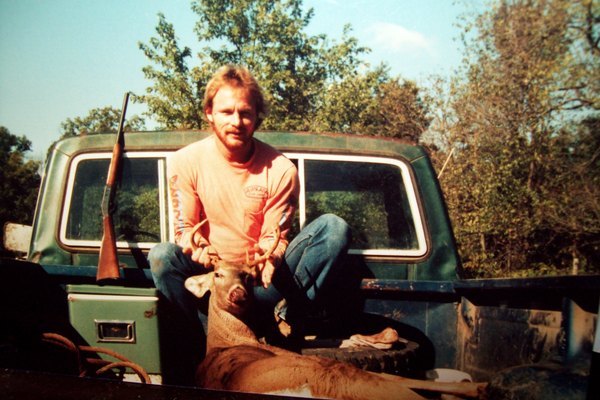 Honorable discharge from the USAF & back to Missouri for a brief hunt.

At the end of my four years in the Air Force, a civilian again, I spent a festive night on the beach with thousands of others to cheer the Shuttle Columbia launch into orbit for the first time.

Serendipity stuck as I won a lottery of sorts and was hired as a Diver for the USAF.

For the next seven years supporting the Air Force Eastern Test Range-in other words back to Ascension Island, Antiqua, Grand Turk, Grand Bahama and Puerto Rico.

Cannot begin to describe what a good time that was, being paid to dive in beautiful blue waters, with travel, lodging and dive equipment ALL-expenses covered by the Air Force. 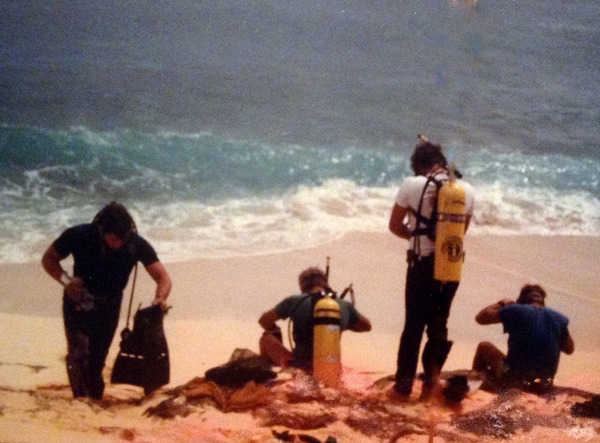 Was on Ascension the sad day, when having just completed a diving job we heard on the BBC that Space Shuttle Challenger broke apart 73 seconds into lift off on a cold Florida morning. Devastating news.

The diving job ended the following year and I won a second lottery by applying for and getting a job at Kennedy Space Center. The center was revving up after a two and half year wait for “Return the Flight” the re-launching of the shuttle fleet.

Space Shuttle Discovery jumped into orbit & I had a job at the space center. 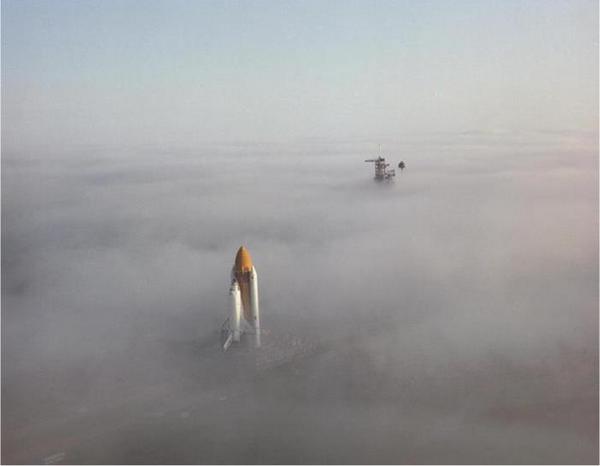 Was not just any job either.

As a communication technician I had access to the entire space center, from the remotest of areas at the northern end of the center all the way to KARS Park at the south end. From the tallest launch pad structures to the deepest tunnels in the bowels of Kennedy Space Center and the sunny beaches of Canaveral National Sea Shore remote missile tracking sites. Only the security and fire services had as much area to explore and get paid to do it.

Every lunch break was the chance to explore the remote woodlands, Mosquito impoundments and lagoon shoreline or beach. Bobcats, otters, turkeys, deer, Florida birds and seasonal waterfowl were wildlife entertainment to watch while grabbing a sandwich.

And so on for the next thirty years, raising children, showing them the hidden lagoon fishing spots, canoeing the No Motor Zone-world class fishing and watching the wild turkey population expand and move from the Haulover Canal area south to the Space Shuttle runway and finally into the south Industrial area of the center.

During this time watching the final flights of the Space Shuttles; the retirement of the space shuttle fleet and beginning of the new space port era of SpaceX and NASA’s new SLS rocket.

Still had not made it to Alaska.

Glacier National park with the kids the farthest north traveled.

I brought home four little turkeys from the local feed store—the beginning of a new adventure in wildlife viewing-in the back yard. Might say the beginning of an addiction, but no, the addiction had been there all along.

Those original four turkeys still bring a smile. My wife and I had no idea the profuse joy turkeys have when dust bathing in an ash covered fire pit. Then picking up the yard debris, not only would the four little turkeys follow us around like puppies they would jump on the cart and enjoy the ride! These were new turkey mysteries to be discovered. 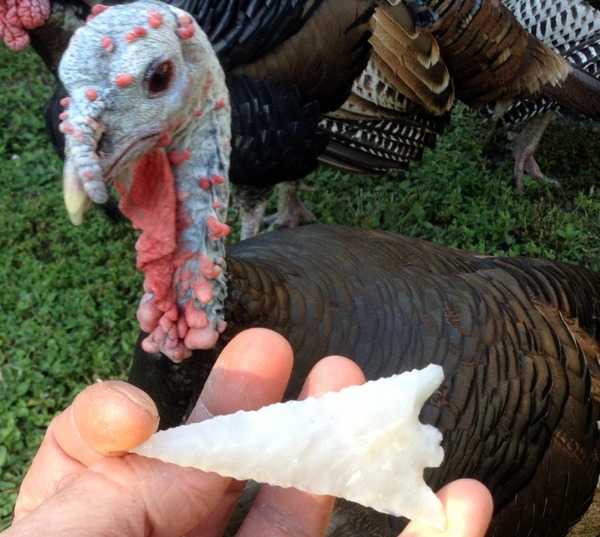 And then the sad day when one of the turkeys died. As I was digging the grave, the three remaining turkeys-now large broad breasted birds- sat their heavy bulk down next to their fallen brother and watched me dig.

The turkeys were showing concern. Grief? From birds that people love to make fun of?

A whole new galaxy of wonder had opened before me.

In the following years, all of the sudden we were giving away up to two hundred pet turkeys annually.

And so Petturkeys.com was formed as a tool to help people raise turkeys.

Disclaimer.....The FB turkey pages and Backyard Chicken have better information than I can provide "I can only talk about the things I know about"

Interested in Kennedy Space Center? My other web page is KayakingKSC.com (navigates away from Pet Turkeys)

Where I delve into paddling, history, the environment and of course rocket launches.

Return Home from about us page